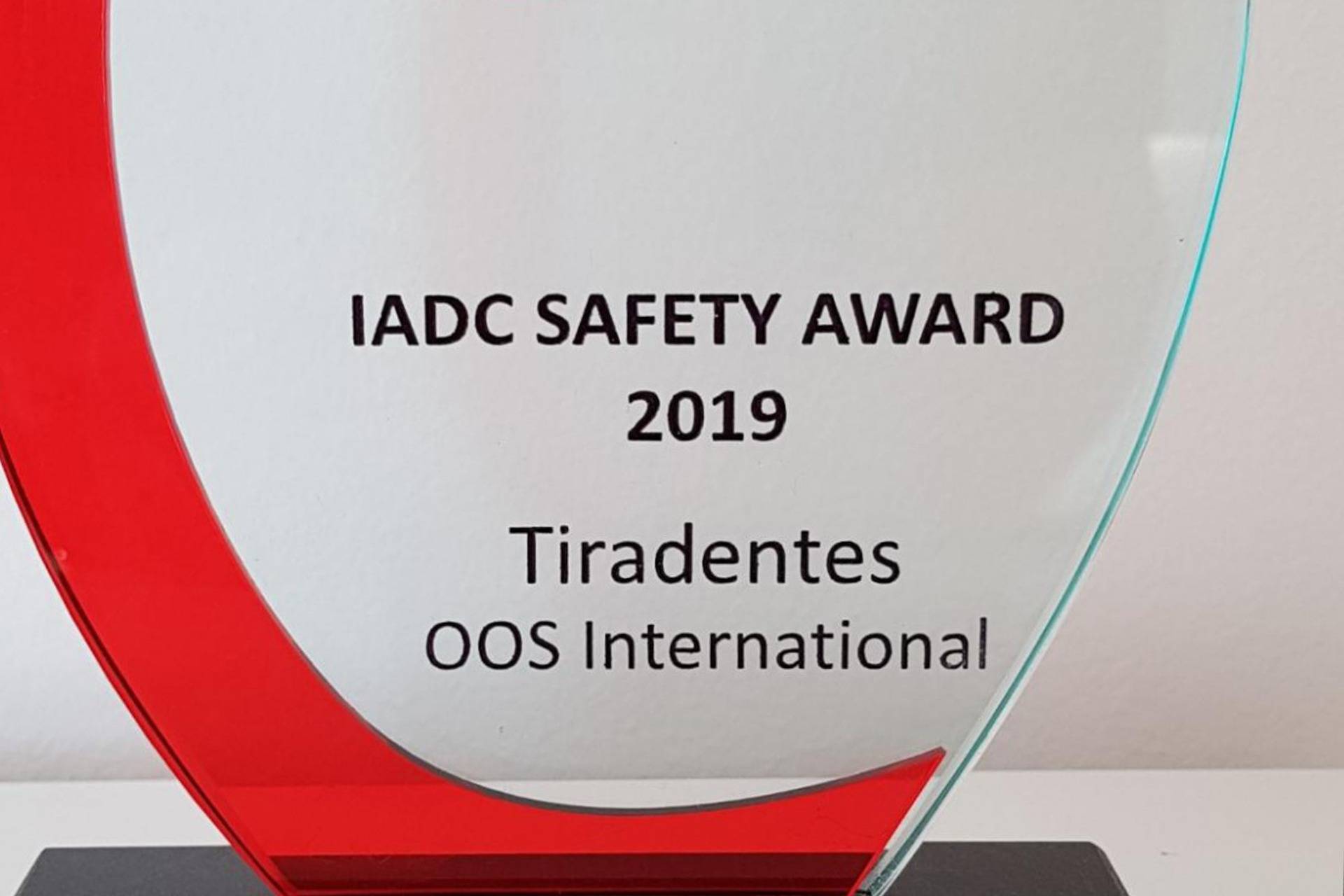 This award is granted to those associated offshore units which have operated 12 months without a LTI and the period runs from October 1st till September 30th the following year.

In 2017 the Brazilian chapter of the IADC allowed flotel and FPSO operators to participate as these offshore facilities have a lot in common with offshore drilling units and face similar offshore industry challenges. Since then OOS International has been an active member of the IADC and received two safety awards in 2018.

This year’s awards were presented to peers form the industry during a festive gala dinner where another year without a LTI is celebrated. In addition to CIM OOS Tiradentes other awards were given to Transocean, Ocyan and Etesco amongst others.

To receive this award is a recognition from the industry we work in, where safety is a must.
Therefore Safety First.. Always!